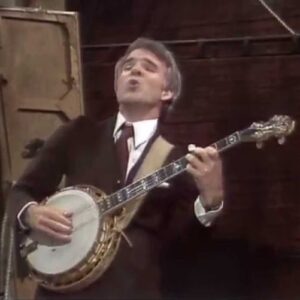 If you ever cared to know what we were into when we were kids, this is the episode to listen to. Or some of the other podcasts from this series. But this one is the definitive episode to listen to. I would never steer you wrong. I guess. What I do know is this Sidetrack is about toys, bikes, TV shows, movies. There’s so much we cover that it’ll feel like a virtual king sized quilt covering your entire room, with ease, you won’t know what to do! Except listen! And listen you shall, unless you decide not to. If so, it’s your loss because it’s amazing!

Yes, we talk about the toys we obsessed over and at times coveted. Planet Of The Apes, Space 1999, Evel freakin’ Knievel cycle sets that didn’t really jump anything but were super cool! What was on TV back then? Whatever we were watching because that’s how riveting this show is! Again, the Planet Of The Apes tv show, the Animated Star Trek, so much more. Just give it a listen and you’ll learn about the cool bikes we had. Banana seats, mini sissy bars and tall handlebars. It’s as cool as this series, baby!

Tell it from the mountain:
« Episode 2.4 – Mudtallica
Episode 2.5 – It Was Probably Five Dollars »